It’s hard not to think of James Stewart when you have conversations about your favorite movie star. The reason is there is nothing bad to say about the guy. In fact, everything that Stewart aspired to came true and he was able to do so without any controversy or bad ill sent towards him. Even the gossip columnists of the day, Hedda Hopper and Louella Parsons loved the guy. And it wasn’t because Stewart played it safe by taking leading roles that always portrayed him as the nice neighbor or the man who never went to the dark side. It was quite the opposite.  “Vertigo” immediately comes to mind as does the favorite “It’s a Wonderful Life” but there are also the Anthony Mann Westerns of the fifties, “The Man Who Shot Liberty Valance” and so many more. It is a lifetime résumé that any actor would love to have. So much so that an entire museum is dedicated to him in his boyhood hometown of Indiana, Pennsylvania. I was lucky enough to visit this wonderful place this past summer where I marveled at the collection the museum is offering. You can literally spend hours there – and I did.

I was also lucky enough to meet the woman behind the curtain that looks after the place. Janie McKirgan sat down with me and shared her thoughts on Stewart, the museum, and what one can expect by making the journey to Indiana, Pa. Take a look see below for our conversation…

Besides being a much beloved movie star what makes Jimmy Stewart unique in that he has an entire museum dedicated to his career?

I think what makes him unique is his long Hollywood career of over 80 films from romantic comedies, to dramas, to Hitchcock suspense thrillers to westerns. There is something for everyone! He also has a highly decorated military service in WWII and beyond. But most of all, I think people love him because he was truly humble, kind and a good man.

Is the Stewart family involved in the museum?

Yes, the Stewart children are very involved in the museum. They support us in so many ways and visit us during special events as well.

What can one expect when they visit the museum?

Visitors will be able to tour through six galleries that highlight Stewart’s childhood, his love of aviation, his heroic military career, his family life and his wonderful Hollywood career of over 80 films. We have posters, pictures, mementos, awards, military uniforms, medals, costumes, movie props and much more! You can also go see his statue downtown, the site of his father’s old hardware store, his boyhood home (from the outside) and his refurbished personal Cessna airplane on exhibit outside the Jimmy Stewart Airport.

Do you hold celebrations at the museum?

We usually have a big celebration near Stewart’s birthday on May 20th. We also have a big “It’s a Wonderful Life” celebration at the museum with an exhibit, a festival of trees and the showing of the classic holiday film. In town we have a parade and lots of other festivities all through the holidays. From time to time we have a Harvey Award Dinner that we honor a celebrity for his body of work.

How long have you been associated with the Jimmy Stewart Museum?

I was on the Board of Directors for the first eight years they were open from 1995-2004, I did marketing for them and planned a few Harvey Award Dinner events with June Allyson, Janet Leigh, Shirley Jones and Ernest Borgnine. My next affiliation was more recently as I was hired as the Executive Director in August of 2019 until present.

Over the past few years how has the museum changed?

Right before the pandemic hit, we were gearing up to celebrate our 25th anniversary. We closed the museum for 2 weeks to repaint, reorganize and expand our exhibits. We also started a rotating gallery that has a new exhibit 3-4 times a year. We always have a special expanded It’s a Wonderful Life exhibit during the holidays. Currently we have an exhibit called “Hollywood Goes to War” highlighting some of the prominent actors/directors that served in WWII. We also added to our store and expanded our online store products as well. We also redesigned out website and logo. Check us out online at: www.jimmy.org

What is your favorite Jimmy Stewart movie?

It’s hard not to say “It’s a Wonderful Life” but besides that I really like “The Shop Around the Corner” and “The Glenn Miller Story”. Oh, and “Harvey!”.  It’s so hard to pick just one!

How is the museum handling Covid?

During 2020 we were mandated to close for a total of 5 months. That was tough for any business, but we sent out a letter asking for support and just like George Bailey at the end of “It’s A Wonderful Life”, our friends and Jimmy Stewart fans came through and helped us. We also were able to get two PPP loans that helped keep our doors open. We still have visitors wear masks due to the Delta variant and there are six galleries in which there is plenty of room to spread out.

Visiting the museum is a wonderful experience and highly suggested. Thank you, Janet, for sitting down and spending the time with me. 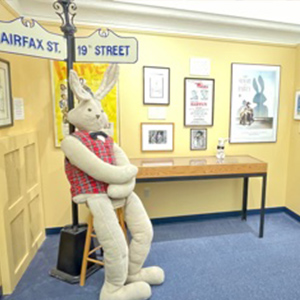 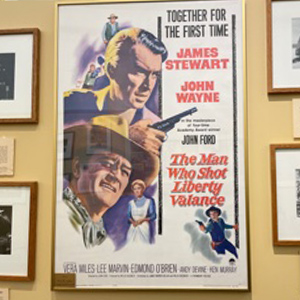 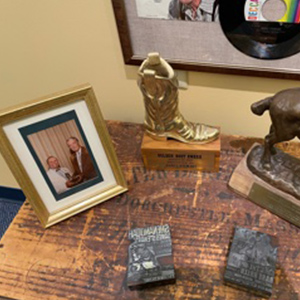 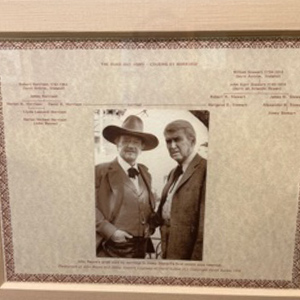 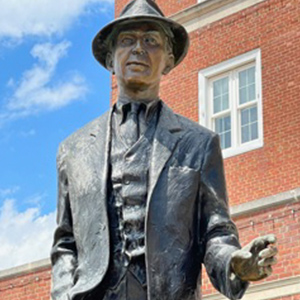 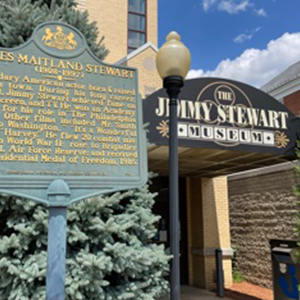 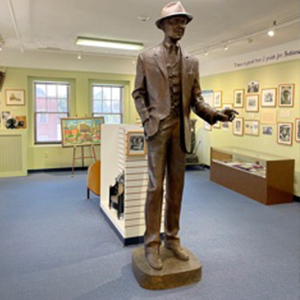 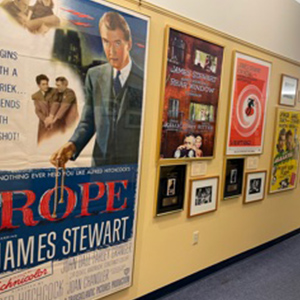 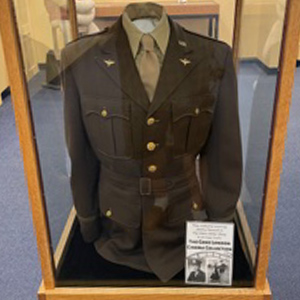 On a Virgil Films note we are releasing a wonderful story of our own this November 2021 when we take out “The Real Bedford Falls; It’s a Wonderful Life” available digitally and on DVD just in time for Christmas.

And lastly, my own Jimmy Stewart story. A long, long time ago in a video business that sometimes seems far far way I attended a yearly trade show we fondly remember as VSDA in Las Vegas. It was here that we got to hob knob with a lot of the stars that appeared in the video releases we had lined up. At this event they also handed out a Life Achievement Award and one year it was given to James Stewart. At the award banquet I had the great fortune of sitting across from his table. As he came across the room to join his party, I took the one chance I would ever get to meet Mr. James Maitland Stewart. But what was I to say? All that came out of my mouth at that moment was the truth. “Mr. Stewart”, I said. He stopped and looked at me in a kind way and waited for my next sentence. “George Baily is my best friend” I said. He stopped, put his hand on my shoulder and said to me. “He’s my best friend too my son.” I swear he had a slight tear in his eye. He shook my hand and sat at the table. I went back to my seat and forgot everything else that happened that night.