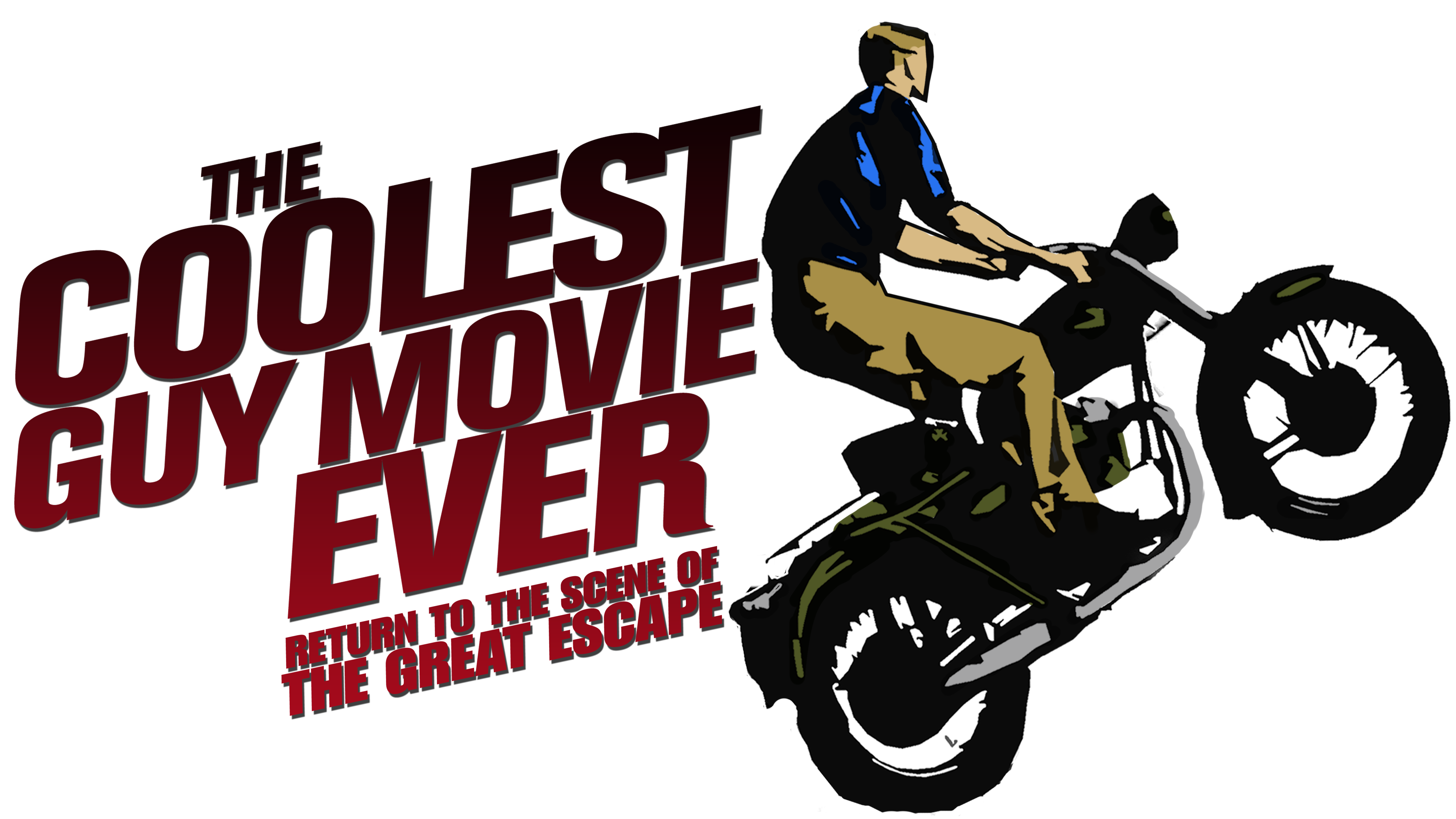 THE COOLEST GUY MOVIE EVER

New York, NY (May 31, 2018) – From filmmaker and film historian Chris Espenan comes The Coolest Guy Movie Ever — a fascinating forensic documentary about the making of the classic World War II adventure film The Great Escape — to DVD and digital HD from Virgil Films on August 21, 2018, after a special screening earlier this year at Marché du film in Cannes.

Before Evans, Hemsworth, and Downey Jr. there was McQueen, Garner, and Bronson. These men represented what it meant to be tough guys in the 1960s, and they had the acting chops to play the toughest characters around – including the real life airmen who pulled off one of the most improbable escapes in war history.

The filming locations of the enormously popular World War II adventure The Great Escape have become enshrined over the years by film buffs and historians alike, forever changing the landscape of the small German towns that once played host to these Hollywood heavyweights. Now for the first time, Filmmaker Chris Espenan set out to visit all of the locations in Germany where the 1963 film was made, while compiling facts, behind-the-scenes stories, and inside information on how the film was produced.

From visiting Geisel Gastag Studios in Munich to the Bavarian town of Füssen, Espenan assembled a unique team of cameramen, historians, film buffs, and local experts who painstakingly found the exact spots where actors Steve McQueen, James Garner, Richard Attenborough, Charles Bronson, James Coburn, David McCallum, and others toiled in the summer of 1962.

Uncovering treasures such as footage from a German television news shoot — which included a rare interview on the set with Steve McQueen — to getting first person interviews from the locals who were there during filming, The Coolest Guy Movie Ever is a true labor of love, fashioned by filmmakers who exult The Great Escape as one of the most memorable World War II movies ever made, featuring one of the greatest casts ever assembled, and for many, indeed, The Coolest Guy Movie Ever.

“The Great Escape is my favorite film of all time,” said Producer Steve Rubin.   “It is the first film I started researching for my book ‘Combat Films 1945-2010’, the subject of my 1993 documentary Return to The Great Escape, and the reason I was nominated for Best Classic Commentary in 2004 for The Great Escape: Special Edition. When filmmaker Chris Espenan came to me with the idea for The Coolest Guy Movie Ever, I literally dropped everything to help him.”

Executive Producer and Virgil Films CEO Joe Amodei echoed Rubin’s sentiments when he said “As a young boy exploring the big wide world of motion pictures for the first time The Great Escape excited me, thrilled me and cemented a love for movies that has stayed with me forever. This is the film that started it all.”

About Virgil Films – Virgil Films & Entertainment was founded in 2003 by Joe Amodei to acquire, market and distribute DVD, TV and Digital Product in the feature film, documentary, special interest and sports categories. The company has built partnerships with OWN, Sundance Channel Home Entertainment, National Geographic Cinema Ventures, Pure Flix Entertainment, Major League Baseball Productions, Morgan Spurlock’s Warrior Poets and other high-profile entertainment brands since their inception. Releases from Virgil Films include the Oscar-nominated documentary Glen Campbell…I’ll Be Me; the award-winning documentary Miss Representation; the critically acclaimed, timeless, best-selling Forks Over Knives; and the Oscar-nominated documentary Restrepo and its sequel Korengal. They have also released the compelling Facing Darkness, I Am Chris Farley, I Am Heath Ledger, Blood on the Mountain, Legends of the Knight, The Winding Stream and others. Follow them on twitter: @virgilfilms www.VirgilFilms.com

The Coolest Guy Movie Ever