Meet Mari-Lynn Evans, director of the riveting documentary called BLOOD ON THE MOUNTAIN. The documentary  sheds light on the economic and environmental injustices that have resulted from coal company control in West Virginia. Both Mari-Lynn and producer Deborah Wallace worked on this shocking documentary for many years.

We spoke to them about their experience and why they decided to focus on this powerful subject.

1. Please tell us your filming/producing background & why you decided to pursue a documentary film career?

MARI-LYNN: My degrees are in psychology, gerontology, and Women’s Studies. I was Director of the first centers for senior health for the largest hospital system in Ohio.  I then became a senior brand consultant to Procter & Gamble and primary investigator for several National Institutes of Health Small Business Innovative grants; receiving the US Small Business Administration Tibbets Award. I worked with Nick Clooney and Naomi Judd on some of those projects. We all felt that a documentary about Appalachia, telling our true stories, needed to be done. When I couldn’t find anyone to do it, I produced my first documentary film, “The Appalachians” with Phylis Geller (seen by over 94 million PBS viewers) and edited the companion book for Random House and produced the CD with Dualtone. I interviewed Judy Bonds for “The Appalachians” and she implored me to stay and produce “Coal Country,” which aired on Discovery and supported the MTR movement. On April 5th, 2010, Massey UBB exploded and killed 29 coal miners in Montcoal, WV. We knew our written history didn’t include the Mine Wars, the Battle of Blair Mountain, Hawknest, and other truths not conducive to attracting the extraction industries that came and took everything but our pride.

DEBORAH: I’ve been working as a director, producer, writer and performer for many years but began making documentary films that focus on energy and the environment several years ago, beginning with the Gasland films.  In those films, we deal with the larger issues of the energy industries but more importantly with the people at the center of those stories. There is a heroism in the heart of most people that if given a platform, they will voice.  The same is true of this film. More personally, when I was a kid I wanted to be Indiana Jones, and being a documentarian is the closest I think I will ever get to the adventure of that dream.

2. What initially sparked your interest in presenting this powerful topic to not only the front of the camera but to the public?

MARI-LYNN: I met Judy Bonds while filming “The Appalachians.” I never planned to stay for the last 15 years. I am from Bulltown, West Virginia. I lived with my grandparents until our farm was taken by imminent domain by the Army Corp of Engineers. Everything I knew, everyone I loved was lost when I was 17. When I told Judy my own story, she knew I saw terrible injustice and there was a passion in me, and the ability, We are Ulster-Scot and Cherokee. We are slaves and immigrants. We are so proud of where we come from, and we know industry has supported the vile stereotypes of us as moonshine-drinking, family feuding, incestuous, and expendable. We carry this inferiority complex with us. They don’t even sound like we do. My 15 years of documentary filmmaking in Appalachia has followed the continuing destruction of our environment, our communities, our health, and the birthplace of labor in America- Blair Mountain, WV. We are still fighting the Battle of Mountain, which began in 1921.  It may be my work you see , but it’s the unknown history of generations for our future generations.

DEBORAH: I joined Mari-Lynn and Jordan in making this film because it had become clear to me that there was a complexity inherent in the issues around coal, labor and the environment that wasn’t being addressed; there was a part of the story being left out. Specifically, the stories and struggles of the casualties left on the battlefields of these issues. We know that as a society we have to make a giant leap into the future and leave fossil fuels in the ground. We also have a duty to each other to bring all our brothers and sisters into that new era with us. Just as we seek to hold the extractive industries accountable for the devastation they have done to the land and people, we must hold ourselves to a similar standard and take the time to enable the just transition affected communities deserve.

3. What is the most striking thing you’ve learned from the subjects you interviewed?

MARI-LYNN: How completely honest and intimate people are when they are being interviewed and filmed. I think they all felt a sense that our history was ‘mythology’ unless everyone told their story in the hope we could put together our true history in “Blood on the Mountain.” Most of us don’t ever get the opportunity to tell our stories and most of us have some incredible stories, combined that help us understand ourselves and each other.

DEBORAH: One of the greatest gifts that comes to the documentary filmmaker is that through the investigation and telling of these stories, we are given the opportunity to meet extraordinary people who enlarge our worldview in ways we could not possibly have imagined. I will be forever humbled by the bravery that is demonstrated by Terry Steele, Wilma Steele, Debbie Jarrell, Maria Gunnoe, Chuck Nelson and many other folks in this film.

4. What was the most difficult thing you both faced during filming and/or post production?

MARI-LYNN: People who thought they were a “Friend of Coal.”

5. Have there been any surprising /interesting responses you both received since showing the film?

MARI-LYNN: The gratitude shown to us for finally finding out our real history and preserving and broadcasting it in “Blood on the Mountain.”

DEBORAH: When we first started to screen the film, I was really taken aback by how enraged our audiences were and how engaged they were in trying to answer the problems “Blood on the Mountain” illuminates. Our audiences at screenings would literally stay for hours to talk about the film. We knew then that the film could be a potent force in encouraging conversation around the country.

6. What are you both hoping people take away from this documentary?

MARI-LYNN: To finally not be condemned to repeat the past 150 year because they have seen the true history in the film. To know that people want the same things: good jobs, clean air and water, a future. Corporations are not human. To see the courage of the people of West Virginia and know you also have courage to resist what’s not right. Love is all you need.

DEBORAH:  I hope people are outraged by the story this film tells. I hope that it gives folks a new perspective on the region and leads them to question the assumptions they may have about it.  We worked really hard to create a fair and truthful portrait and I pray that the folks who live and work in Appalachia feel like we did justice to their stories and their struggles.

Blood on the Mountain is available to watch on iTunes and DVD. 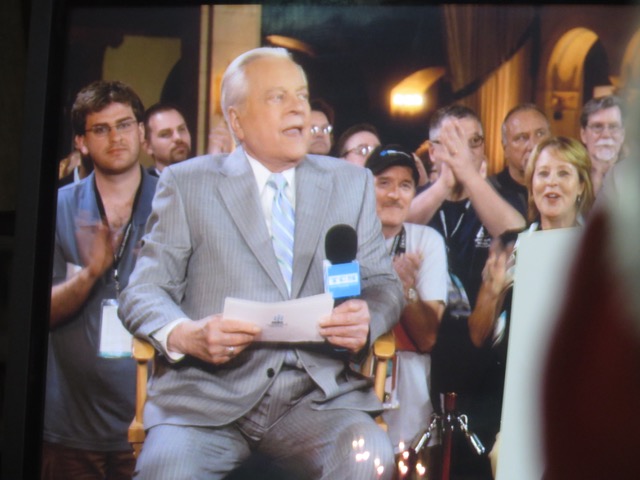